In my native dialect, the word ‘form’ is a synonym for ‘bench’, so this blog title is a pretty esoteric pun, by which I hope to deflect from the fact that the task of creating a ‘new’ form has been dealt with in a frankly pretty half-hearted way. I have substituted the full rhyme associated with the first and third lines of terza rima for half-rhyme, and added an internal full rhyme to each first line. I have also eschewed the final couplet, and instead returned, in the final stanza, to the rhyme of the first line of the poem to supply the rhyme for the middle line. So I guess that’s sort of a new form, right?

This poem begins to put into form an idea I have had for many years of producing a sequence of poems using the volume divisions of the twenty volume second edition of the Oxford English Dictionary. It turns out that this edition (published in 1989) is expected to be the last printed edition, which fits thematically with a number of things I’m working on. My long fiction work so far features a main character who was an enumerator on the last UK national census for which the forms were collected by house-to-house collection, and lives in a house where someone is delivering the yellow pages, the last printed editions of which will be distributed over the next couple of years. Some uses of the physical printed word are disappearing; others are proving to be resilient and even making a resurgence. The connection between the continuities and changes in the way we make and transmit meanings in culture have parallels in the continuities and changes in our sense of self, and how we make meaning of our lives, while the destruction, loss and reinvention of broader cultural memes and myths seems to me to have echoes in our interaction with the physical world and its ecology. The latter aspect is only obliquey hinted at here in the transformation of the Ox  into the letter ‘A’ (‘aleph’ in the phoenician alphabet, derived from the Egyptian ox’s head hieroglyph). 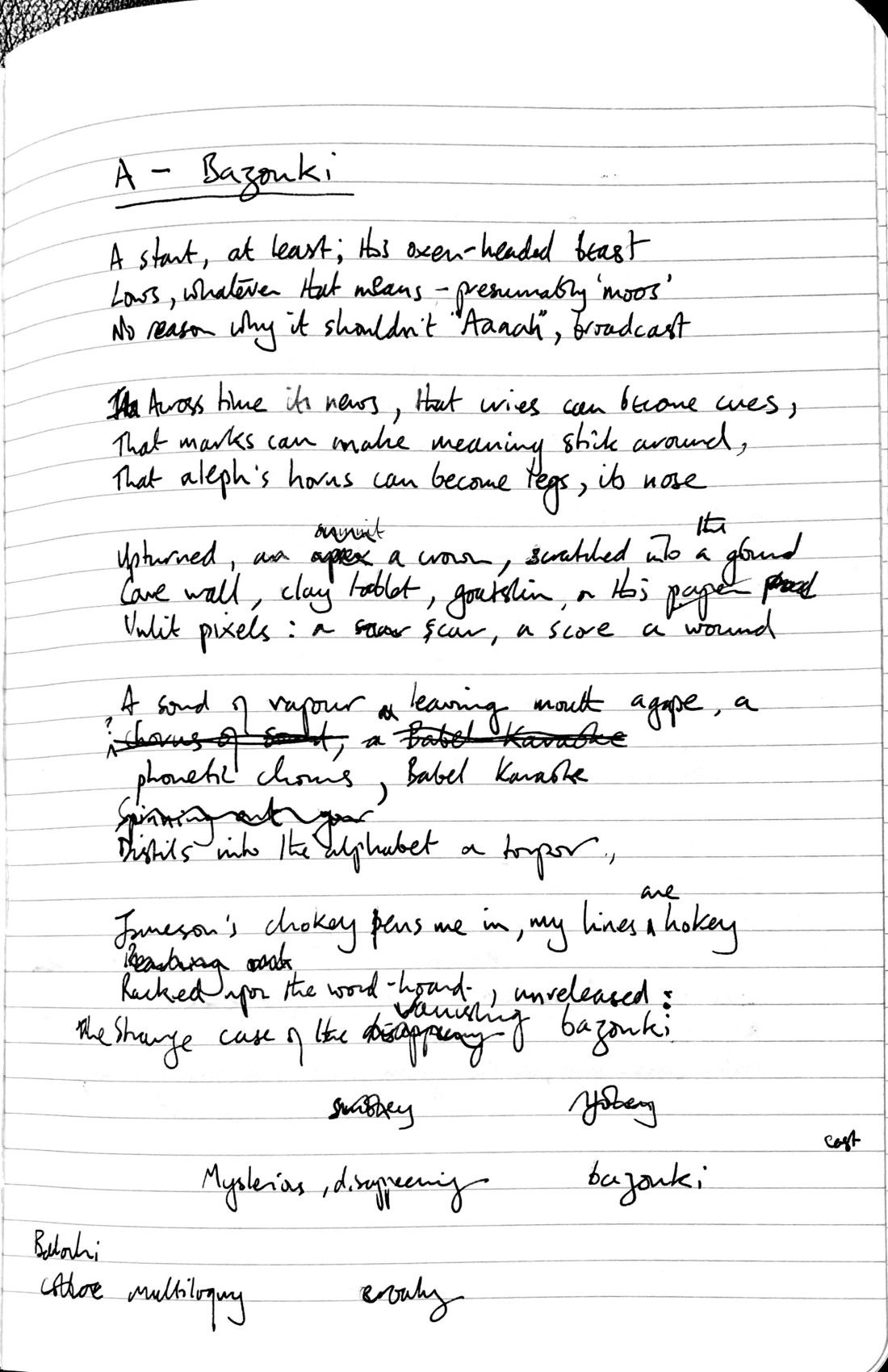 View all posts by Ant Heald

One thought on “The substitute form”